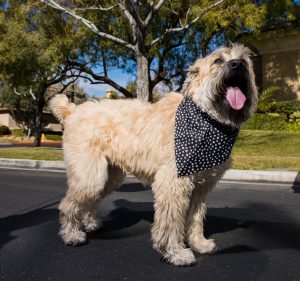 The average AC unit only lasts about 10 to 15 years in the U.S. An old air conditioner is like an old computer — the motherboard is hot and eating amps, the fan sounds bad, its tech is outdated and out of warranty, and it’s costing you money. If your AC is more than 11 years old, replacing it could be a very good idea.

Bring a 12 year old computer to Starbucks and the kid behind the counter will ask you “What museum did you steal that from?!”   The Apple service geeks at the Genius Bar won’t even look at a Macbook if it’s older than seven.

Nobody likes old computers.  The motherboard is hot and eating amps.  The fan sounds bad.

Dogs age seven years to every one year in human time.  In the intense heat of the desert, our AC units age even faster.

The longevity of your air conditioning unit depends on many factors – make, model, how it’s used and installed – but the average AC unit typically lasts about 10 to 15 years in the U.S.

My dog, Sadie, reminds me every day that dogs age seven times faster than people.  Air conditioners age even faster than dogs.  But the big difference between dogs and air conditioners is that we love old dogs.  An old air conditioner is like an old computer.  If your system is more than 11 years old, replace it. It’s old, low-tech, out of warranty and costing you money.

An air conditioner’s size is measured in tons and its ability to effectively remove heat from the home.  You don’t want a unit that is too big or too small.

The size, age, and make of your home are important considerations when replacing your HVAC.  Besides sheer square footage, whether you have a two or three story home is important to note to ensure the right sized unit is installed.

The RIGHT way, not the EASY way.  It’s what we do.

« Back to HVAC Expert Library