Is Your Heater Short Cycling? 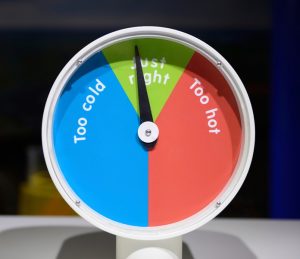 If your answer to the question posed in the title of this post was, why yes it is, thank you for asking, then today’s post is for you! If your answer was what the heck does that mean, then today’s post is for you as well! Short cycling is a condition that may afflict a heater for a number of different reasons, and it is one that homeowners sometimes mistake as being little more than a minor nuisance. It’s not.

Short cycling is definitely an annoyance, but the problems that it can cause go far beyond that. Left unchecked, short cycling could wind up costing you a lot of money in the long run. We may not use our heaters all that much around here, but that doesn’t mean you can ignore the signs that yours is not functioning properly. If your system starts to short cycle, or you have any other reason to believe you may require heating repair in Chandler, AZ, contact us immediately.

What Is Short Cycling?

That’s a logical place to start. Short cycling actually has a very simple definition. It is the condition in which a heater—or an AC, for that matter—starts up, but then runs only very briefly before cycling back down again. It then starts back up, but repeats the cycle over and over.

While your heater may still be heating your home somewhat effectively despite short cycling, it is nonetheless a problem that should be resolved promptly. Ignoring short cycling will affect you and your heater itself in a number of negative ways.

When your heater is short cycling, it is not just going to give you a lesser heating output. It is going to leave you paying more for that lesser performance. This is due to the fact that it takes more energy to start a system up than it does to keep it running regularly.

That’s not the only way that short cycling can wind up costing you money, either. All that starting and stopping is going to put a lot of wear and tear on the system. The system won’t operate as efficiently as usual, but it will also likely require more frequent repairs. You may even wind up needing a full replacement much earlier than anticipated.

It could be something as simple as a very dirty air filter, which is a potential cause of the problem that you can actually resolve on your own. It is as easy as switching out the filter (which may be causing enough airflow resistance to cause the system to overheat) with a clean one.

You could also have malfunctioning components, such as a thermostat registering temperatures wrong or a thermocouple that isn’t sensing safe combustion temperatures. Of course,  that thermocouple could be doing its job just right, and your system may be shutting down to prevent very real danger.

Finally, if you use a heat pump, it could be a refrigerant leak. If there is not enough refrigerant in the system, then there is just no way in which your system will function properly. If the issue progresses far enough, then the system may be irreparably damaged. Give Goettl Air Conditioning Phoenix a call before that can happen.